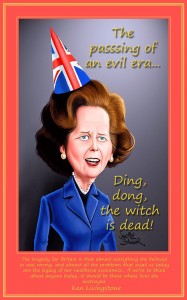 We as Occupy spent some shivering months on the steps of St Paul’s Cathedral challenging the brutal and faithless legacy of the Thatcherite economy.  There is thus an irony in that same “People’s Cathedral” being the locus of the ceremonial for the Iron Lady.  Trustee of Occupy Faith UK, Kit Klarenberg, scholar and faith-based political commentator and raconteur extraordinaire, comments…

“The Lady’s funeral wasn’t quite so vulvic. The Iron Cadaver’s final journey was phallic in its rectilinear rigidity – a lance shearing its way from the bowels of Parliament to St Paul’s, thunderously journeying in the manner of so many new acceded British monarchs, who are required by convention to meet the aldermen of the City of London, renewing its charter in the process. Thatcher mapped this route and authorized it herself before she died, making sure that her corpse would osmolotically absorb the posthumous mojo from the bronze bust of Churchill opposite Parliament, and the engorged stone spire of Nelson in Trafalgar Square, along the way. Upon reaching St. Paul’s, the casket containing this fallen Boudicca (another take no prisoners ginger ninja, who protected England from the deathless forces of blah blah blah) was transferred to another group of able-bodied belligerents. The assorted crowds were neither quite as emotive nor voluminous as those who witnessed Diana’s final descent, but they represented an even lower still proportion of Britons than the weeping of the media, and our political class, implied would be in attendance. Perhaps the rest of Britain thought it would be too crowded if literally every citizen of the United Kingdom was in attendance, and stayed home in an act of mutually assured lethargy. Perhaps they just didn’t care.” (Download the rest of the paper Margaret Thatcher by Kit Klarenberg) 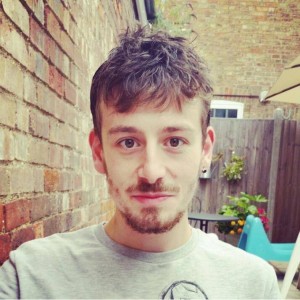