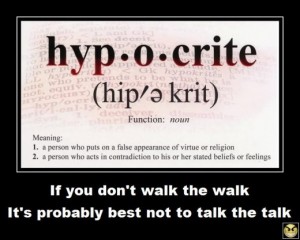 Occupy Faith UK (Interfaith Alliance UK) in its Chair and Board of Trustees unanimously and officially opposes the illegal religious discrimination by the Inter Faith Network for the United Kingdom (IFN), against the Druid Community – speaking as we do, as diverse faiths working together to promote equality, justice and respect for all faiths without discrimination.

The top human rights law firm, Bindmans LLP and friend of Occupy, has published this Legal Document which establishes clearly how the IFN Director, Harriet Crabtree, IFN Co-Chairs and Executive Committee have unlawfully discriminated against the Druid community in contravention of the Equality Act 2010 and related law.  You can download this document from the Religious Freedom UK website.

The Times Newspaper published this article covering this question of the illegal discrimination by the IFN against Druids, and the BBC presenter and Church of England clergyman, the Revd Peter Owen-Jones spoke out saying:

“The Inter Faith Network is publicly funded. By refusing entry to the Druid Network, it raises huge questions about whether it can continue to operate as a publicly funded body.”

We hope you had a joyous Beltane.

With a dual sense of ennui and nameless dread, Occupy Faith UK (we are an IFN member organization, and we are speaking here as an incorporated legal entity) finds itself compelled anew to counter your recent correspondence of 3rd May 2013. In it you called our open letter to you of 9th April ‘defamatory’ without any explanation or actual content to your reply whatsoever. We again attach our original letter below this email.

Suffice to say, your response was disappointing, but ultimately unsurprising, amounting as it did to little more than a predictably desperate downpour of bureaucratic argot, a steadfast refusal to resolve basic questions, and inexorable references to the status, advancement and, indeed, quality of the strategic review. Considered in its totality, your latest communiqué called to mind an apparatchik from the Ministry of Truth in an incantatory trance, endlessly reiterating the mantra that Eurasia has always been at war with Eastasia.

Nonetheless, we feel obliged to state our wholehearted agreement with the fundamental underpinning of your latest missive – namely, that it would be futile at this point for you to regurgitate the responses already given to our allegations (if not for the sake of brevity, then our collective sanity, at least). However, as the rejoinders you have offered to our contentions have not amounted to ‘answers’ by any objective definition of the term, we believe posing them again is a worthwhile (although, based on current trends, perhaps pointless) endeavour. We shall repeat them below, in the event they have slipped your minds.

1. You have repeatedly rebuffed the opportunity to enter into discussions with Bindmans LLP about the legality of your Membership Policy. Since the Strategic Review, of which you are quite so fond, is clearly not mandated by the AGM to address questions of legality – these issues can only be tackled by a full and frank dialogue with Bindmans. So as long as you remain intractably refused, rectification of the issues we have raised remain intangible. John Halford, Joint Head of Public Law and Human Rights at Bindmans, has made it clear that your representatives at Bates, Wells & Braithwate had requested your permission as their client to enter into such a dialogue with him to discuss the IFN’s illegal membership policy. Our colleagues are in close communication with Bindmans, and to date, we have not been advised that IFN has given permission to its lawyers to enter into any kind of on the record dialogue with Bindmans LLP on these legal questions – under any format or arrangement. Rather we have been informed to the contrary, and instead, what we do see is Harriet Crabtree and the IFN Co-Chairs manufacturing increasingly absurd, evasive and dishonest excuses about arrangements for such a dialogue. You demonstrate that the IFN is clearly too afraid to enter into such a dialogue on legal issues with Bindmans, because it knows it is legally in trouble.

2. Dr. Harriet Crabtree deceived the IFN’s AGM of 12th July 2012 and Dr. Crabtree as principal responsible officer for drafting AGM papers withheld documents, and thus the IFN falsely presented to the Meeting that only “two” members had raised concerns about the IFN’s illegal membership policy. As both Crabtree and the IFN as a whole well know, in fact a number of IFN Member Organisations had passed resolutions or issued formal statements through their officers expressing these concerns about the IFN’s membership policy.

3. The Chair of the Strategic Review has disgracefully refused to even hear, much less take on board, the substantive concerns held by a number of member bodies of the IFN as to the proper conduct of the Strategic Review. These concerns being, primarily, that the Review has been corrupted by threats barked by IFN attack dogs (or, ‘officers’) to damage the personal careers and livelihoods of clergy of different faiths, simply because they asked questions about the clear illegality of the IFN’s membership policy. In doing so, the IFN leadership has sought to stifle the freedom of expression of sovereign independent IFN member bodies, and their own members. In particular, we demand and will forcefully continue to demand a full and transparent investigation into the behaviour of one or two of the most senior officers of the Inter Faith Network whose shocking attacks on the livelihoods of our clergy friends of different faiths we have close knowledge of. We are quite ready to name and shame these IFN officers in public – we know who the culprits are, and that includes you, IFN Vice Chair, Vivian Wineman.

To distill the above points into easily digestible, query form, we provide you with the following quandaries:

If you are still in doubt as to our objectives in raising these issues afresh, let us make clear that we do not seek reaffirmations of the positive progress of the Strategic Review, nor referral to your Communications Policy. Only straight answers will do.

Finally, in response to the implicative threat contained in your assertion that our statement was ‘defamatory’ , we are reminded of the celebrated story of Squeaky the Mouse. One June morning, Squeaky was swimming backstroke down the Thames. As he approached Tower Bridge, this intrepid seafaring rodent was heard to squeak at the top of his pocket-sized lungs, ‘better raise it chaps, I have an erection!’…

If you truly believe any of those statements to be defamatory, we urge you to initiate legal proceedings – we, as the body legally incorporated in Occupy Faith UK (InterFaith Alliance UK), shall fight them, and we shall prevail. We are Occupy, and we are going to keep pressing our questions to you again and again and again and again until we get some honest answers out of the IFN leadership.

If instead you find yourselves beset by a miasma of Neronian dithering at our suggestion, then we urge you to set down your fiddles and prepare for us to challenge the illegal membership policy of the IFN by all lawful means at our disposal including, and not limited to vigorous lawful protest and legal redress. We as Occupy have taken on this issue of the Interfaith Network, and we intend to pursue it as energetically as with other hypocritical establishment religious institutions we have faced before.

Ever since the age of Enlightenment, liberty and democracy have been protected, not merely by the strenuous efforts of those of us who cherish it, but also – and perhaps most profoundly – by the illimitable stupidity of those who would ration these values and rights in an attempt to keep them a luxury for themselves, and themselves alone. They have thrived not in spite of institutions such as the Interfaith Network, but because of institutions such as the Interfaith Network. Whilst in the short-term you have invigorated feelings of dissent and protest within us, we are beginning to tire of you and your tactics, and, to quote Cromwell’s remarks to the Long Parliament, you have sat too long here for any good you have been doing. Depart, we say, and let us have done with you.

The Board of InterFaith Alliance UK/Occupy Faith UK* 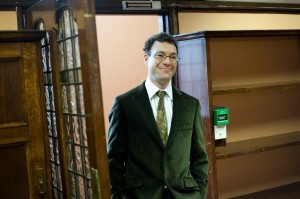