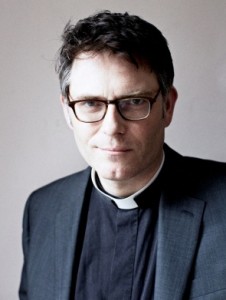 Activist groups campaigning around sexual misconduct and misuse of power in churches and religious institutions, have criticised the Church of England for allegedly attempting to bully and disrupt a public discussion about clergy abuse. Campaigners, including Minister and Clergy Sexual Abuse Survivors and the Interfaith Alliance UK, have condemned the Diocese of London for what they see as an attempt to suppress free debate and exposure of abuse within the Church.

On Tuesday 18 November 2014 in the House of Commons, there took place a public panel discussion about issues to do with clergy ethical standards and abuse of children and vulnerable adults within the Church of England and other denominations and faiths. The panel brought together clergymen, academics, parliamentary peers, survivors and legal experts in the field of clergy abuse, all in the context of the current government inquiry into abuse, and parallel legislative developments at the Church of England Synod.

While the Catholic Church, Jewish and Muslim traditions were represented on the speaker panel, the two Anglican members of the Clergy Discipline Commission who had agreed to speak, subsequently withdrew. Certain Anglican clergy, bishops and archdeacons whose alleged behaviour in relation to matters of abuse were to be questioned and debated at the event, had repeatedly been invited to come along to the meeting in the interests of fair and free speech and of “the right to reply”, but instead they all avoided attending.

Instead of facing an open inquiry, on the day of the event, James Foster, of Luther Pendragon Limited, a private communications agency employed by the Diocese of London, contacted the MPs responsible for the room booking of the event in Parliament, in order to apply pressure on the event and its organisers. The pressure was not successful and the event proceeded to plan. On Wednesday 19 November, Foster, who said he was acting for the Church of England, again contacted organisers of the event in order to put pressure against the publishing of the full video record of the meeting which had been filmed by different attendees who had independently come to the event.

A spokesperson for the campaigners said, “Church of England leaders have attempted to disrupt the free and open discussion in the public interest about clergy abuse by, on the one hand, their avoidance and refusal to attend and face questioning from abuse survivors and the public, and on the other hand their employing a private communications agency to disrupt and censor free debate. This is a shocking betrayal of Archbishop Justin Welby’s stated commitment to a full and frank conversation about these extremely serious issues in an Anglican context.”

Luther Pendragon Limited were unwilling to comment about the costs which had been spent by the Church of England for their services.