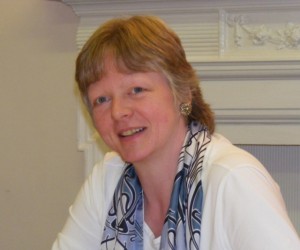 I am writing as Chair of the Interfaith Alliance UK, a member body of the Inter Faith Network for the United Kingdom (IFN).
My colleague, Satish Sharma from the National Council of Hindu Temples (also an IFN Member Body) and I would like to invite all interested parties to attend an “Open Dialogue” in the first week of December 2014.

The goal of the Open Dialogue will be to put our heads together and collectively develop a plan to repair the breakdown in trust that has occurred between some IFN Member Bodies and the IFN leadership in connection with matters of governance and alleged conduct of IFN officials. These issues have been raised over an extended time by various different IFN Member Bodies and faith leaders, and were discussed again in the circular email sent by the Interfaith Alliance UK Board on the 23rd of September. I reattach links to the published concerns for your information:

This Dialogue will be held outside of office hours, so that interfaith volunteers in the IFN and other organisations can also be present. We would be delighted if members of the IFN Executive Committee could attend, and so in the first instance we are asking them to suggest a date in the first week of December that would be convenient for them to join us.

The principles of participatory democracy will be observed, which upholds principles of free speech and openness, but ensures that everyone will have their voice heard in an ambiance of calm, cooperation, and courtesy. There are complex questions to consider, and we must work together respectfully if we are to find a way to move forward in a manner acceptable to all present.

We further wish to clarify that the Anglican theologian, Dr Gareth Jones, referenced in our previous circular, is not to be confused with the Methodist Minister, Revd Gareth Jones. Both of these gentlemen undertake excellent interfaith work in different contexts, and we apologise to both for any confusion.

Please don’t hesitate to contact us if you have any queries or suggestions, and we look forward to meeting you.

We Call for an Immediate Independent Inquiry into Alleged Misconduct by Officials of the Inter Faith Network
We are writing to you as a Member Body of the Inter Faith Network for the United Kingdom (IFN) in relation to matters of governance of the IFN which are of great concern to us and our colleagues from other faith and interfaith organisations.

The Director, Chairs and Executive Committee of the Inter Faith Network have presented us with a proposed “Code of Conduct” for IFN Member Bodies for passing at an AGM, which we and a number of our sister IFN Members see as potentially being used to restrict criticism of the IFN leadership – and in relation to which legal advice we have received indicates may in fact be unlawful.

We are particularly concerned that while the IFN Executive has created this Code of Conduct in relation to IFN Members who have made criticisms of the behaviour and activities of some IFN officers, the IFN Executive has to date been most unwilling to allow an independent investigation into alleged misconduct by the IFN Director and certain IFN Trustees.

We are therefore writing to request there now immediately takes place a wholly independent and impartial investigation into these allegations of wrongdoing by the IFN Director and certain IFN Trustees. We propose that the investigation be undertaken by:

1) An independent and neutral mediation body which is wholly unconnected to the Inter Faith Network, and is acceptable to the complainants as well as to the IFN.  There are a number of well-respected mediators, and we know of highly respected parliamentary peers and legal professionals who would be very willing to chair such an independent investigation into the IFN at minimal or no cost.  So no excuse about costs is applicable here.
2) The findings of the investigation are to be published in their entirety in the public domain
3) If wrongdoing is found to have taken place by any IFN official or Trustee, that appropriate sanctions are to be applied to those individuals, including removal from post