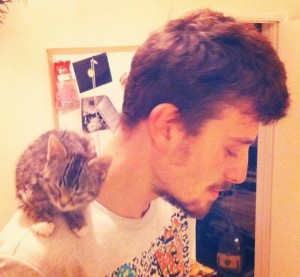 A conference hosted by Occupy Faith, and Kent Union’s Current Affairs Society. We hope to continue the practice of pilgrimage followed by a conference on an anual basis to keep addressing the changing challenges faced by modern society.

The next 2 days, 21-22 June, there was a conference on economic, environmental, and social justice held at Woolf College, University of Kent at Canterbury.

Feedback from the conference sessions by the mediators of the discussions which was held on the 23rd in a general assembly at the Dane John gardens in Canterbury to conclude the conference.

The following is a record of the conference programme, and will be updated when we have a new programme for next year:

The conference is designed as a guided process of practical reasoning for the concerned public– confronting and understanding economic problems; thinking creatively around possible solutions; considering constraints and obstacles.  The aim is to end up with a clearer, shared agenda, as a focus for public organising.

Problems will be framed broadly – seeking to take on board the big picture – and focus more on causes than symptoms.  They are, above all, practical problems, not merely intellectual ones.

We are keen to establish continuities between various sessions of the conference, to permit progress in participants understanding, and deliberations.  To this end, we envisage sessions falling under a variety of headings – listed below – and ask that speakers remain open to engaging with ideas participants might bring from previous, related sessions.  Of course sessions may grapple with these themes in different ways, we hope to focus on weighing up possible ways forward.

We appreciate some “expert” participants may come bearing a particular proposal or thesis which they advocate; and the role of those who have engaged seriously with these topics will be vital.  But we suggest that specific proposals be emphasised mainly “by way of example”.  The process is less about selling particular ideas, than a collective process of learning, discussing and deciding ways forward.

We will be holding the conference in two formats, working groups, and panel discussions.

The working groups will be held in seinar rooms and will have a greater focus for smaller groups. These working groups will include talks with invited speakers, spontaneous discussions, workshops (e.g. creative recycling), and a series of films put on by the No-Wave cinema club.

We are inviting speakers to join us in discussion panels with relevant perspectives in three broad themes, Economy, Society, and Environment. The discussions will be centred around a problem and four speakers will be invited to speak in blocks of two sessins. They will lead each session by giving a five to ten minute talk at the start. The audience will then field questions to the panel for thirty minutes and a mediated conversation will be minuted for later use. The speakers will be given an opportunity to reiterate their ideas at the end of both sessions after having listened to the audience. The initial statement, minutes, and conclusions are then collected as a data set for informing social cohesion, critisizing corporate dysfunction, and developing policy change proposals.Prospective themes for the panel discussions are: 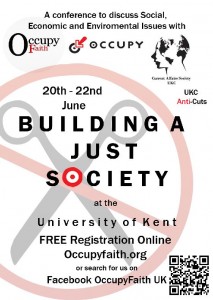 What is the cost of war? Would a policy of peace encourage spending in the right place?

The UKC Psychedelics Society will be hosting a talk on Prohibition as part of their ongoing effort to invigorate public discourse on Psychedelia and drug policy.

What market forces are involved in the trade of legal and non-legal drugs? Is the real war on drugs the competition between a legitimized market in pharmaceuticals and an illegal market of narcotics? What are the financial implications of maintaining prohibition?

Why are governments persevering in a failing policy without considering alternatives? In what way can drug culture find a voice to challenge hegemony? What can be done to make drug laws that are compassionate?

What is the best way to regulate markets to the greatest benefit to the people? Ways to achieve economic justice and wellbeing – from where we are now.

Session 2: Looking to the Future – Manufacturing and Research /Banking and Services Based Economics

What alternatives are there? What can be done to provide a model for the economy that is sustainable and functions to serve the equity of the majority? Local money systems, and giving up ownership of the earth.

Session 1: Corporate and Bank Dysfunction: Is the state doing enough?

A business corporation has ‘no soul to be damned or body to be kicked’, so how can they take responsibility? Are independent commissions, e.g Monopoly and Fair Trade Act 1980, doing enough to curb corporate misconduct? Have particular institutions become corrupt through privatisation?

Session 2: Government Dysfunction: Is the government just another grand monopoly – with high taxes and low spending are we getting what we pay for?

What can be done to ensure that the powerful influence of corporations and governments on society is a positive one? Has the government become an administrative wing of the private sector? How has lobbying affected the role of government?

more to be announced

Session 1: Redistribution of Income – What is the right way to redistribute from rich to poor?

On what basis and to what extent should wealth be redistributed? What human needs are too important to deny a single person?

How to preserve natural resources, including environments, species, and ecosystems? Energy; ecological and economy.

Session 2: How to use Natural Resources

How can the natural resources of the world be managed in a way that benefits local communities in a sustainable way? What can be done to make sure that there is enough for future generations?

others yet to be announced

This talk will be mediated by Juliette Suzeyman.

Session 1: Government Transparency and Cohesion – Government based on Unified Goals

What role does the government and corporations play in oppression? In these times of financial uncertainty what can be done to unite, rather than divide, one people, many cultures?

Times of austerity historically and contemporarily produce fear and intolerance of the Other. How can we avoid division through competition and develop a truly inclusive commons?

This talk will challenge oppression faced by marginalised communities and will feature:

This talk will be mediated by Alex Norman.

Session 1: How to improve the way in which a person’s political desires translates to social change.

How to make new and old political actions effective in a contemporary setting? What action can be taken from inside and outside of the liberal establishment?

Who caused the debt, who is paying for it, and who should take the burden of repaying? How can those that wish to see a better future for everyone pursue this end? What can be done to improve communities from outside of the liberal establishment?

more speakers yet to be announced

At the last day of the conference we will meet for a summary of all previous discussions by the mediators of those talks. There will be a question and answer session at the end to conclude Building a Just Society.

and others to be confirmed shortly.

At the end of the conference on 23rd June there will be a general assembly, with break out discussion on the ideas developed from the conference and these ideas will be developed into potential policy change proposals.

Reasons for holding the Conference:

Members of Occupy London who have been raising these issues in the public domain since the start of the Occupy movement in the UK in October last year, and will also be invited to speak, but they have highlighted the need for awareness and education of the public on many of the issues of social, economic and environmental injustice, as well as highlighting the steady erosion of democracy and the right to protest in the UK.

There are two levels for the University conference, on the one hand, there will be the policy proposals that will be discussed, and there is the way that universities as educational institutions and a civic space, have become privatised businesses, focused on profit. This partly relates to the way people struggle to understand what sort of institutions universities are, with questions about whether they are part of the state, or are they expressions of the market or institutions that encourage virtue through practices of sociability, of teaching and learning.

Creating these challenging questions about the University, having the conference open to the public, and free to attend, will engage in educating in a far more social and civic manner on important issues, removes the ‘elitist’ aspect of holding a high-powered academic conference. This will be a forum made by and for the people, it will endevour to produce real progress informing social cohesion, critisizing corporate dysfunction, and developing policy change.