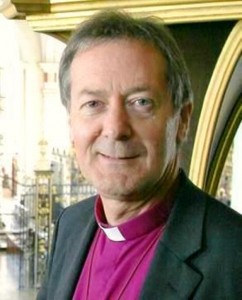 As peace activists of diverse faiths and beliefs in Occupy Faith UK, the multi-faith arm of the Occupy movement, we applaud Archbishop Desmond Tutu’s moral stand in calling Blair to account for war crimes before the international criminal court, and his Christian commitment to “truth” in rejecting a conference platform with a prime minister whose legacy has been one of lie after lie.

We therefore view with regret the contrasting Tale of Two Bishops in the recent statement by the bishop of Derby, Dr Alastair Redfern, that “Tony Blair is not a war criminal” – speaking in his role as chair of the Inter Faith Network for the United Kingdom (of which Occupy Faith UK is a member body). This expensive taxpayer funded body is the national arena for the faith organisations in Britain, and has strongly resisted protests from faith leaders at its decision to admit to full membership the former prime minister’s Tony Blair Faith Foundation.

Tony Blair and George Bush have been the author of the deaths of untold numbers of innocent children, women and men in the pursuit of their illegal wars, and yet Archbishop Tutu’s uncompromising integrity is a rare commodity among religious leaders, when many Church of England bishops, archbishops, Egyptian grand muftis and others have willingly eased Blair’s political rehabilitation through sharing public platforms or serving on the Tony Blair Faith Foundation’s board of religious advisers.

In this 25th anniversary of the Inter Faith Network, Archbishop Tutu’s challenge, “If leaders may lie, then who should tell the truth?”, directly shames these faith leaders to speak up as prophetic and critical moral voices for the defenceless victims of Blair’s crimes around the world, or risk falling into the same hypocritical collusion with power and bloodshed.
Alan Bolwell
Mohamed Elsharkawy
Tanya Paton
Steven Burak
Sean Leigh
Occupy Faith UK